Surprising as it may seem, most of the advantages of the Cypriot Tax Regime were, up until recently, mostly directed to non- Cypriot Tax residents. This effectively meant that in order to enjoy the full benefits of the Regime one had to be a non-resident.

The idea behind this was to have a twofold regime, one for the Cypriot Tax Residents and one for the investors wishing to use Cyprus as part of their tax planning operations. This distinction at first seems logical and is actually a method applied in many jurisdictions with attractive tax regimes. The locals pay their taxes to the Government whilst international investors are encouraged to bring new investments by specific tax incentives.

Over the years, the Cypriot Government realized that many individuals from abroad liked the Cypriot weather and lifestyle so much that they decided to make Cyprus their permanent home. The rule in accordance with the provisions of the Cypriot Income Tax Law is that anyone residing for more than 183 days within a given tax year becomes a Cyprus a Cypriot tax resident. Many found the Cypriot tax regime attractive compared to their countries of origin even though there were still some taxes to be paid. Whilst the Cypriot regime was advantageous for the average individual wishing to enjoy Cyprus on a daily basis, this was not the case for a high net worth individual. More specifically, up until recently, a Cypriot tax resident had to pay, on a worldwide basis, a 17% special defence contribution (“SDC”) on dividends, 30% SDC on interest on bank deposits and 3% SDC on rental income.

In a bid to attract high net worth individuals, the Cypriot Government has sought to create a further differentiation in the tax regime of Cyprus by introducing the legal concept of “domicile” as part of a series of amendments to the Cypriot Tax legislation passed in July 2015. The concept of domicile was inserted in the provisions of the Law of SDC clearly aiming at creating a further differentiation in the Cypriot tax regime. The end result is that a Cypriot Tax Resident must also have its domicile in Cyprus in order to be required to pay SDC on dividends, interest on bank deposits and rental income.

This new amendment shall have indeed profound effects in the area of tax planning and is expected to place Cyprus on the map as one of the best jurisdictions in the world for the establishment of residence for high net worth individuals. Obviously, specialist advice should be obtained from tax and legal experts in order to plan and achieve such tax migration exercises in accordance with the new provisions of the SDC law. 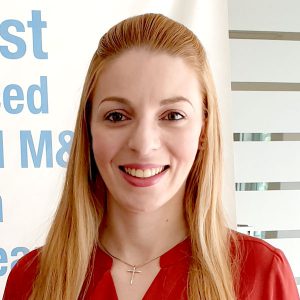